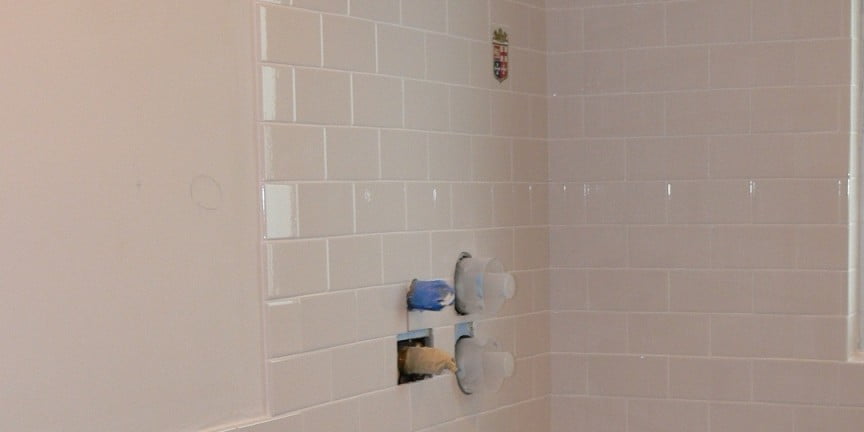 Build a Shower – How to Do It Yourself

Building a beautiful walk in shower is easier than you think. It does require a bit of time and hard work, but the payoff is a fantastic shower and should be well worth the effort.

For the cabin, a bathroom remodel was high on our list of things to do. The existing bathroom was a small (5′ x 8′) full bathroom. We really wanted to open up the bathroom and make it easier to use and enjoy and since we had no additional room in the cabin to enlarge the footprint, we need to find a way to use the existing space better.

We decided to get rid of the space hogging bathtub and replace it with a large walk-in shower. We also maximize the sense of space and natural light in the bath by using heavy glass to enclose the shower. The bathroom came with a bathroom window. Although the window did provide much natural light and ventilation, bathroom windows are notoriously problematic, and we would need to put some thought into it’s incorporation into the new shower.

In addition to the new shower, we swapped out the boxy sink, and vanity for a simple wall mounted sink. For the toilet, we junked the old tank toilet and replaced it with a European style wall mounted unit. We also replaced all the flooring, laying new tile with electric radiant heat installed under the tile. 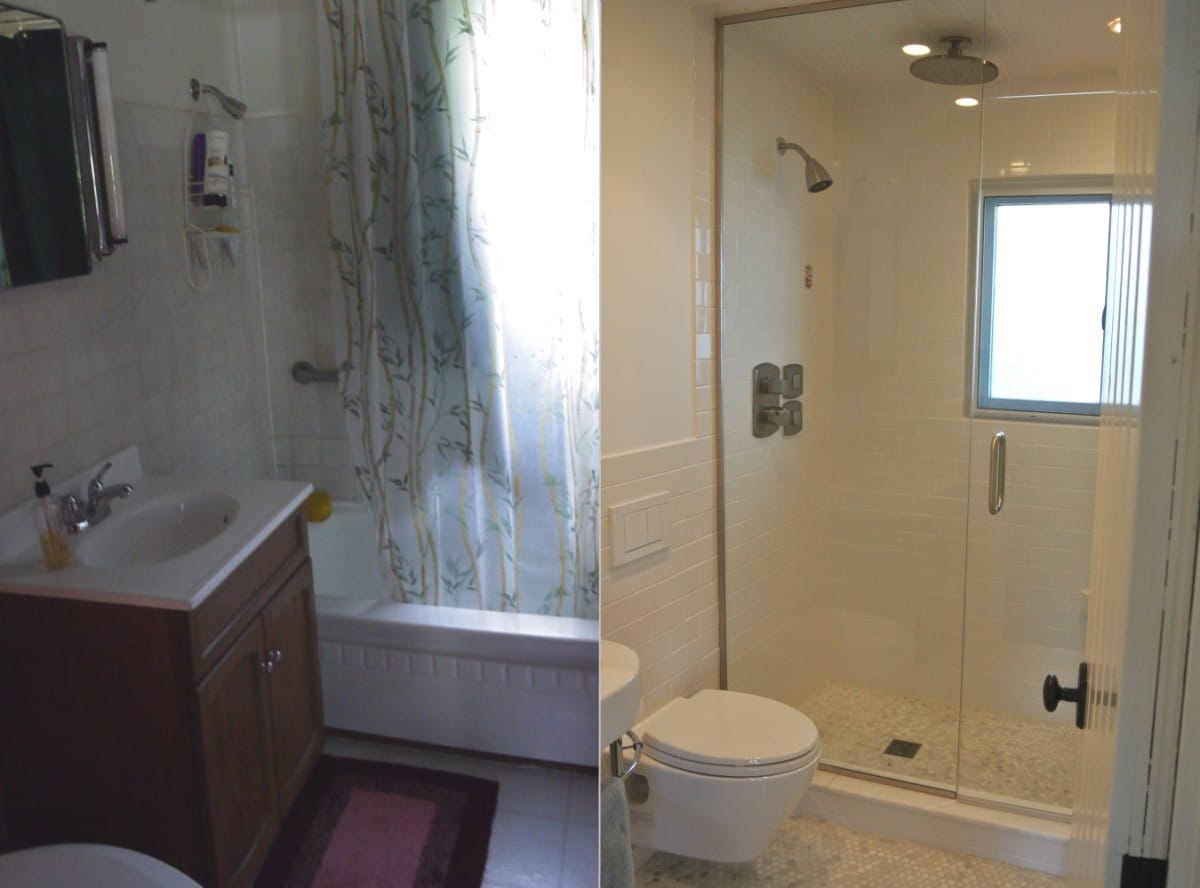 Before and after images of bathroom and shower remodel at the cabin.

In the end, the bathroom transformation took some time, but in the end was totally worth it. Our new bathroom is light, bright, open and feels functional and luxurious despite the small size. All of the bathroom remodeling projects we did to our cabin bathroom are within the grasp of anyone willing to dedicate some time and effort. I plan to document all the bathroom projects in time, but to begin with here is a series on building the shower.

Read on for an overview of how we did it. For more details, click on the individual articles in the building a shower series. Enjoy!

How to Build a Walk In Shower

The process of building a shower can be broken down into several steps. To start, the structural framing for the shower walls and floor need to be complete and suitable for the planned shower. Next, all shower supply and drain plumbing needs to be installed and tested. Sheathing for the shower walls is installed next and a shower base or shower pan is created. Finally, the shower surface is finished (usually with tile) and the plumbing fixtures are installed (shower head, mixing valve plates and knobs).

In this project, we are actually remodeling an existing bathroom, so our process started with demolition, plumbing, then framing and sheathing, a shower pan and curb and finally tiling. I’ve broken the entire project into a series of three articles:

This is a summary of the entire shower build project. For detailed how to instructions please see the individual articles in this series:

How to build a walk-in tile shower.

Shower drain plumbing with clean out and P-Trap installed.

Completed shower pain and drain with installed and taped cement board.

Install shower tile - we tiled the walls and ceiling withing the shower.

Recommended For This Project